Value Line Geometric Index represents the real US economy.  The multi-national blue chip Dow 30 companies are where investors park their money, not in the real economy.  The value line has been range bound since it first peaked in April 1998, which was a result of the real boom time in the 90’s.  The second peak in June 2007 was a speculative effort to rebuild wealth squandered by the previous dotcom bubble.  The speculative effort led to the burst of the real estate bubble.  The third peak in April 2015 was the result of the anemic recovery from the March 2009 low.  Each peak represents the effort of real wealth accumulation.  In the 17 years span from April 1998 to April 2015, the real value of the total sum of the US real economy has gone nowhere.  People’s quality of life has been improved because of technology.  People tend to discount the improved quality of life when you have not accumulated real wealth.  Probably that’s why the majority of the retail investors have stayed out of the market since the March 2009 low.  Simply they don’t feel quite well about their finances.

When the market breaks out the current value line index resistance at 523, a real wealth accumulation with a real economy will take place again.  Another bubble will not be far away as well.  Boom and bust are part of our lives as we are controlled by fear and greed with no exceptions. 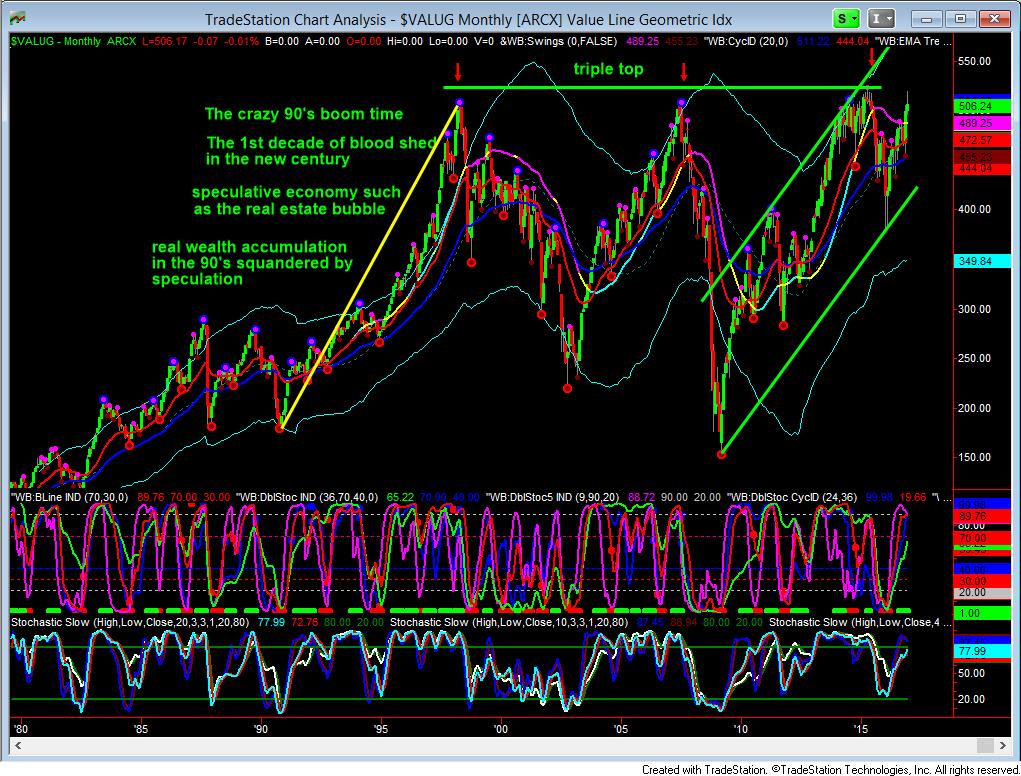 break out value line geometric index
This entry was posted on Monday, January 2nd, 2017 at 1:09 pm and is filed under Stock Indices. You can follow any responses to this entry through the RSS 2.0 feed. Both comments and pings are currently closed.