On January 1, 2017, we at PricenTime.com advised that the six-year old drug sector has been in correction since August 2015.  The bounces were temporary reaction from the election.  This sector will be under renewed pressure due to the open attack from President Elect Trump.  The underlining causes of the decline have been revealed and that will further propel the price actions to the downside.  The cycle knew the six-year old bull market top was in since August 2015, but it didn’t know the causes of the down turn, nor did it care about the causes.This is how we trade in the black box without the concerns of the fundamentals.  The market will always match the price with the fundamentals eventually, although it is lagging behind cycle movements.

The weekly cycle started on 11/04/2016.  It has a very bearish disposition by having a swing high at the 2nd bar.  Yesterday’s selloff produced a failure high that occurred last week.  We project the selloff to last until mid or the end of March 2017. 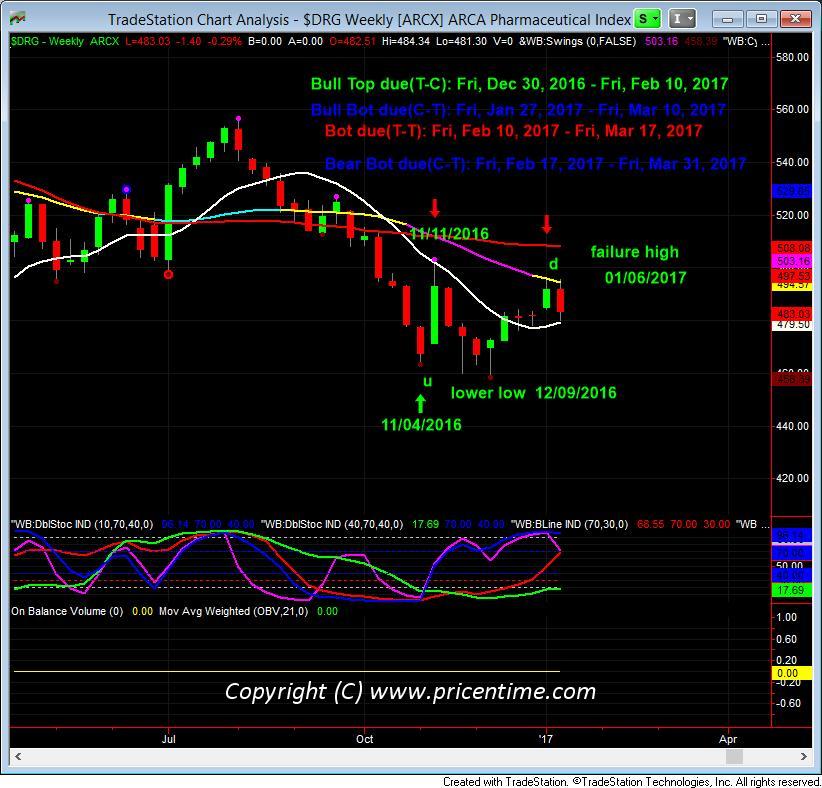 $DRG weekly cycle
This entry was posted on Thursday, January 12th, 2017 at 12:21 pm and is filed under Forecasts, Hot Stocks. You can follow any responses to this entry through the RSS 2.0 feed. Responses are currently closed, but you can trackback from your own site.