On November 22, 1999 Warren Buffett made an uncanny prediction.  He famously warned investors that for the next 17-year period from late 1999 to late 2016 the realistic annualized return would be so so, around 6%.  Late 1999 was just a short few months before the final dotcom bubble bursting into flames.  In a July 1999 survey, investors with less than five years experience were expecting annualized return of 22.6% for the next 10 years while investors with more than twenty years experience expected 12.9% return.  Warren Buffett saw the massive mismatch between the reality and market expectations.  On November 22, 2016, the real annualized return of Dow Industrial average from late 1999 to late 2016 was 5.9%.

Warren Buffett made the prediction based on two previous 17-year periods:

Buffett saw the ten-fold return as an outlier. Hence the famous prediction that came true.

Why 17-year cycle?  According to Martin Armstrong, economic waves occur every 8.6 years, or 3141 days, which approximately Pi X 1000. At the end of each cycle is a crisis after which the economic climate improves until the next 8.6 year crisis point. 17-year is about twice the wave length of 8.6.  It is a confluence point where cycles join together to make a splash.

We at pricentime.com encourage our readers to follow the cycles and invest accordingly.  The 17-year period from 2009 to 2026 will be good years for equities investors. 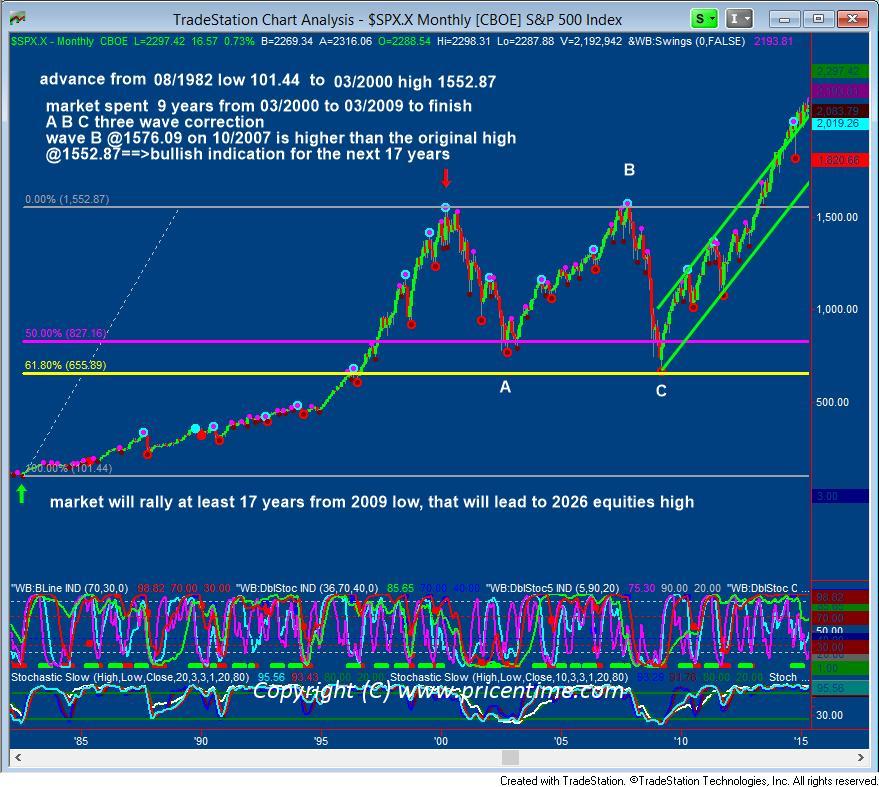 17-year stock market cycle martin armstrong warren buffett
This entry was posted on Sunday, February 5th, 2017 at 6:06 pm and is filed under Forecasts, Stock Indices. You can follow any responses to this entry through the RSS 2.0 feed. Both comments and pings are currently closed.