The S&P 500 index has been on a tear.  On a rare down day on last Thursday, February 23, 2017, it was able to close above daily pivot range.  On a gap down day on Friday, February 24, 2017, it was able to completely fill the gap and closed near the all time high.  It is at extreme levels of bullishness and with no ending in sight.  But when we took a good look at the market internals, we noticed some internal sector rotations that are flagging a time to be defensive.  Most noticeably, the defensive sectors such as Utilities, Healthcare and Consumer Staples have been quietly rising out of ranges.  Smart money are on the move and are moving into the defensive sectors ahead of market corrections.

The first round of the 2017 French presidential election will be held on April 23, 2017. Should no candidate win a majority, a run-off election between the top two candidates will be held on May 7, 2017.  This is an earth shattering event that will definitely shake the market.  April/May time frame also coincides to be a seasonal high time frame for the S&P 500 index.  So from here we should continue to see the market making highs towards April/May time frame with defensive sectors rising more than the index. 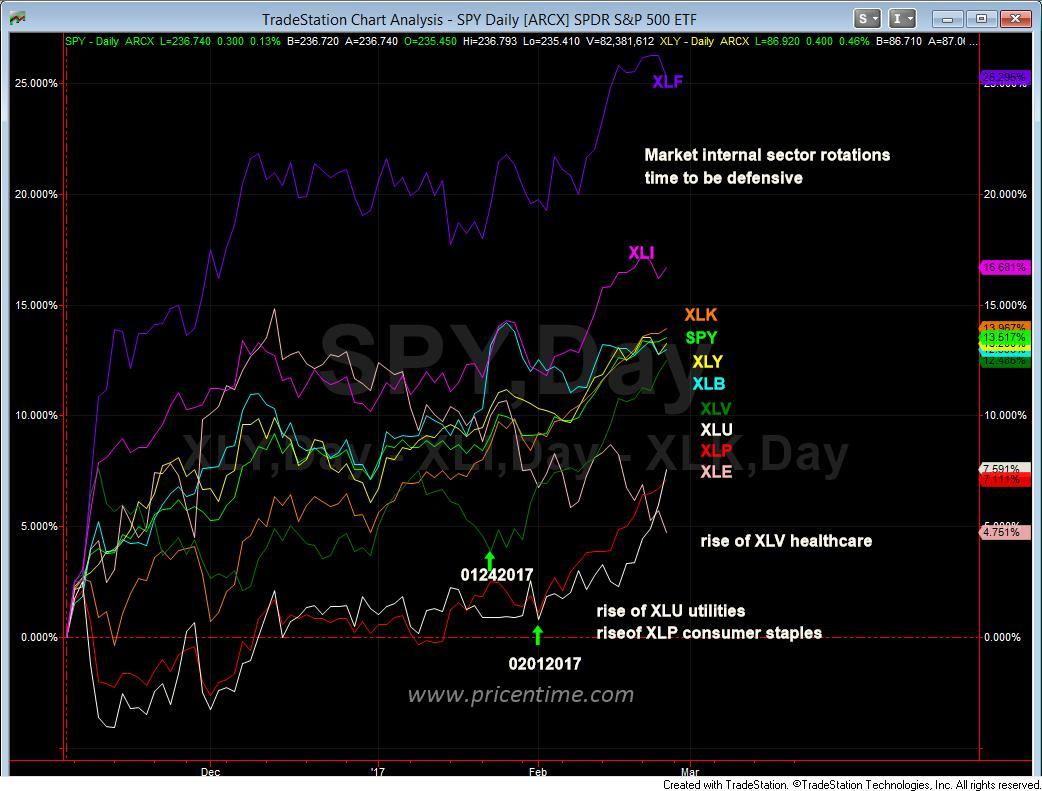 french presidential election sector rotations
This entry was posted on Sunday, February 26th, 2017 at 8:52 pm and is filed under Forecasts, Stock Indices. You can follow any responses to this entry through the RSS 2.0 feed. Both comments and pings are currently closed.