The S&P 500 cash index traded sideways down for six trading days since the high of 2400 was made.  It then traded higher (took out previous day high) on March 10th, 2017.  That means the daily cycle  bottom low at 2354.54 made on March 9th is confirmed.  So far we are 18 weeks in the weekly cycle and one day into the new daily cycle.  We have finished four daily cycles in the last 18 weeks.  Everything is lined up to launch a new weekly cycle which will be confirmed when it takes out the previous weekly high at 2400.  If it indeed launches a new weekly cycle, the potential upside target could be 2500, which is half way between yearly R1 and R2.

The market will continue to climb a wall of worry until it inflicts technical damage.  The possible catalyst on the downside will be the French election on April 23, 2017.  If no candidate wins the majority, a runoff will be held on May 7, 2017.  So this April/May period will be volatile.  Keep a wish list of your favorite stocks.  This summer you might get good bargains. 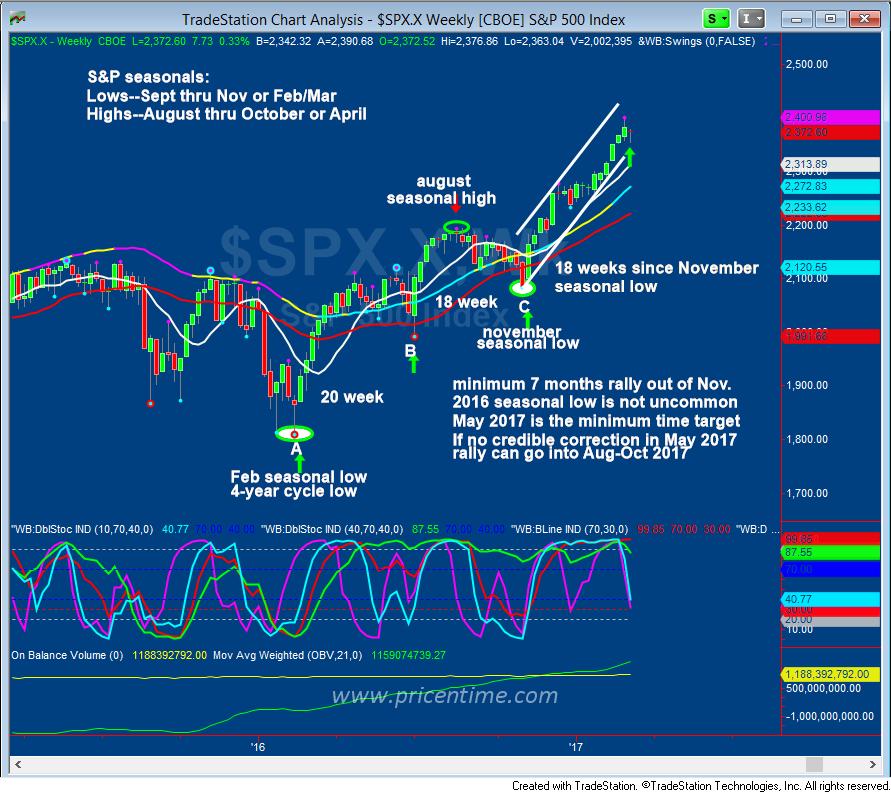 SP 500
This entry was posted on Monday, March 13th, 2017 at 12:00 am and is filed under Forecasts, Stock Indices. You can follow any responses to this entry through the RSS 2.0 feed. Both comments and pings are currently closed.