Today the market gave us a large correction.  Is this the beginning of a market crash?  Should you get out of the market?  The short answer is YES and NO.  It all depends on your positions and investing time horizon.   We are 4 weeks into the new weekly cycle.  Even with today’s correction, this weekly cycle can still press higher if the previous cycle low at 2322 holds.   If 2322 is violated, we are looking for the downside target to be around 2239.  If 2322 support holds, we can press higher to reach 2478.

So what are the odds of the support at 2322 to hold?  We think the chances are less than 50% due to the following reasons:

Based on the above two reasons, we think the market can have sideways corrections from now until July-August.  While the indices are going thru corrections, some of the stocks can still have a secular bull market because this correction is a bull market correction, not a market crash.  For example, if you are holding $BBRY, you should leave it alone.  $BBRY is entering a dynamic stage now.  $BBRY didn’t participate the recent bull market so it doesn’t have a lot fat to trim.  The tech stocks that have risen with Nasdaq index may have a lot of fat to trim.  So you may want to take profit for the those stocks.

Either way, we are not looking at a market crash.  The market is resting if indeed the correction happens.  Stay tuned. 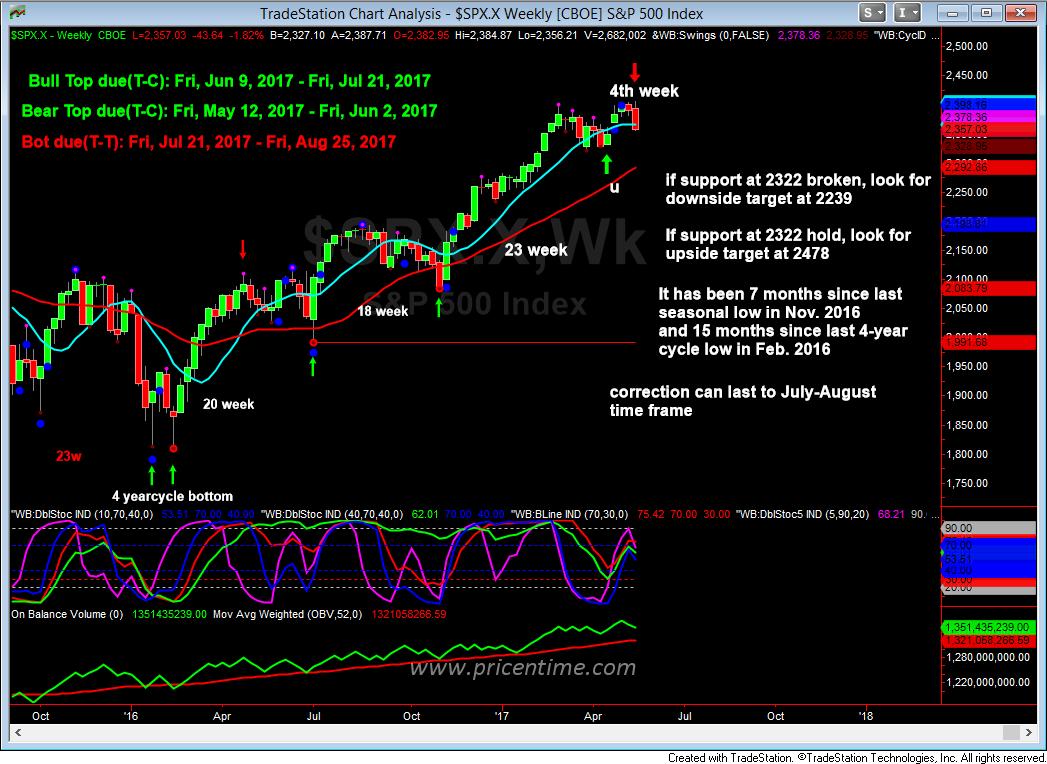 SP 500
This entry was posted on Wednesday, May 17th, 2017 at 11:15 pm and is filed under Forecasts, Stock Indices. You can follow any responses to this entry through the RSS 2.0 feed. Both comments and pings are currently closed.