S&P 500 and Dow Jones Industrial Average both make a new high on July 14, 2017 while Nasdaq failed to do so.  Nevertheless,  the general market is extremely bullish despite the fact that the important banking sector was left behind.

It is 12 weeks into the current weekly cycle that started on April 13, 2017.  The important target at 2478 is about 20 points away.  We believe the market is going to spend the next few weeks trying to achieve the target, maybe a little over.  But this is close to the end of the rally that started in February 2016.  Tech and banking both failing to move with the general indices is a very important clue of the fatigue, that may lead to a meaningful correction.

We at PricenTime.com view this is a good opportunity to take profits.  We are not afraid to stay in cash when the market is so overbought.  We do hold open positions that are in special situations, which maybe less affected by the general market selloff.  Stay tuned. 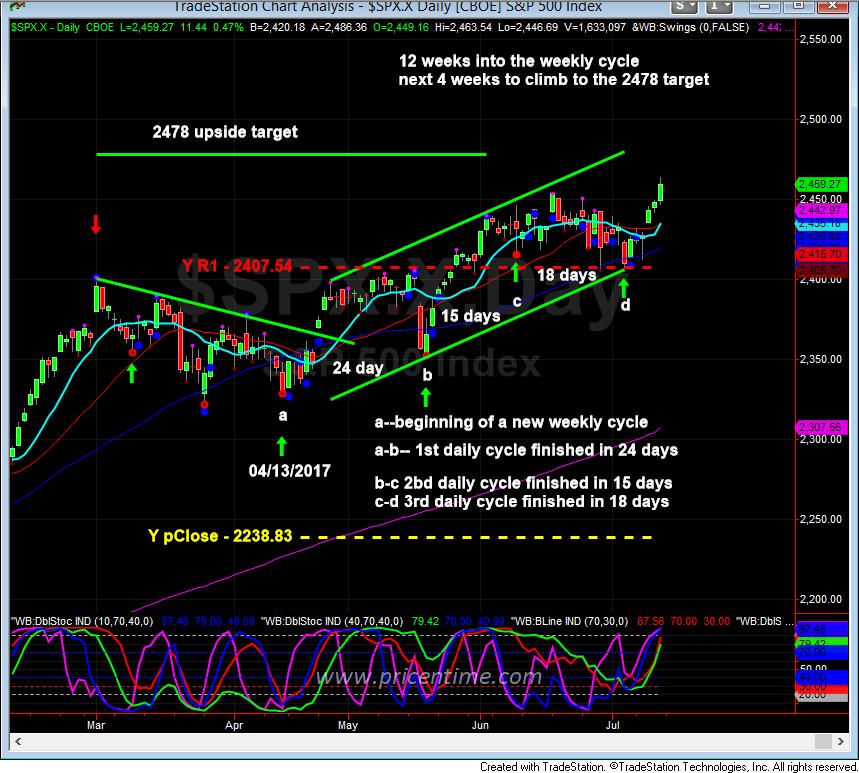 weekly cycle
This entry was posted on Sunday, July 16th, 2017 at 10:40 pm and is filed under Forecasts, Stock Indices. You can follow any responses to this entry through the RSS 2.0 feed. Both comments and pings are currently closed.