Biotech had a super run since March 2009.  It ran with the general market into the four-year cycle top in July 2015.  While the general market bottomed in February 2016, biotech didn’t bottom until November 2016.  It spent additional seven months from November 2016 to June 2017 to form a base.  The biotech sector retraced almost 50% gain from the prior bull move.  Needless to say, biotech was over sold and it is next in line to attract market attention due to its valuation relative to the high flying tech sectors.  In late June, it concisely broke out the base with impressive volume and improved relative performance.

The general bull market is still going strong despite all the political uncertainties.   The prolonged low interest rates environment will enable the equities bull party to go on for the next few years.  Therefore the easy hot money will rotate to sectors that are less expensive. 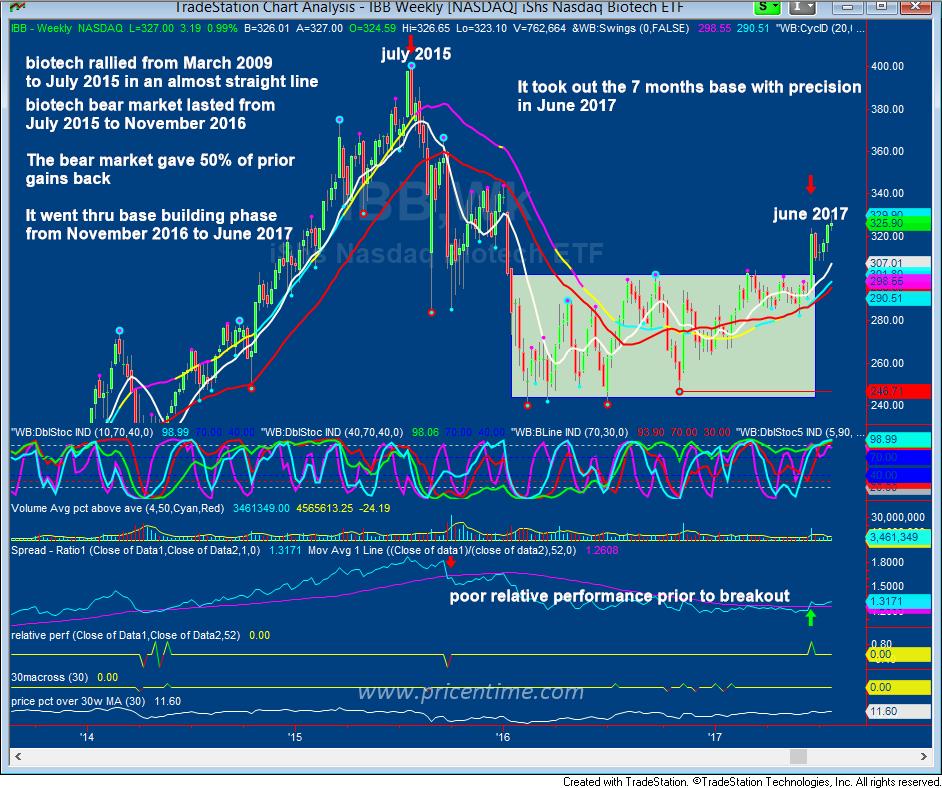 IBB
This entry was posted on Wednesday, July 26th, 2017 at 7:23 pm and is filed under Hot Stocks, Trade Recommendation. You can follow any responses to this entry through the RSS 2.0 feed. Both comments and pings are currently closed.