Every Dog Has Its Day in The Market

Today we would like to examine a high flying stock to drive home the point that the quality of the stock doesn’t matter.  What matters is to catch the stocks entering the dynamic advancing phase to make a sizable gain in a relatively short period of time.  The so-called high quality stocks have cycle too, and once they turn negative, they will cause you just as much financial heartache.

On August 4th, 2017 during its earnings conference call, it announced that AAOI’s biggest customer was going to make the product 40G receivers themselves.  Despite AAOI’s earnings beat, it lost 34% overnight.  The market had such high hopes for AAOI because AAOI’s biggest customer is AMAZON.  It rewarded AAOI stock with 269% gain in six months.  As soon as the market found out AMAZON will make the products, the one and only reason why AAOI was hot, the market turned on a dime.  It sold off 34% overnight. 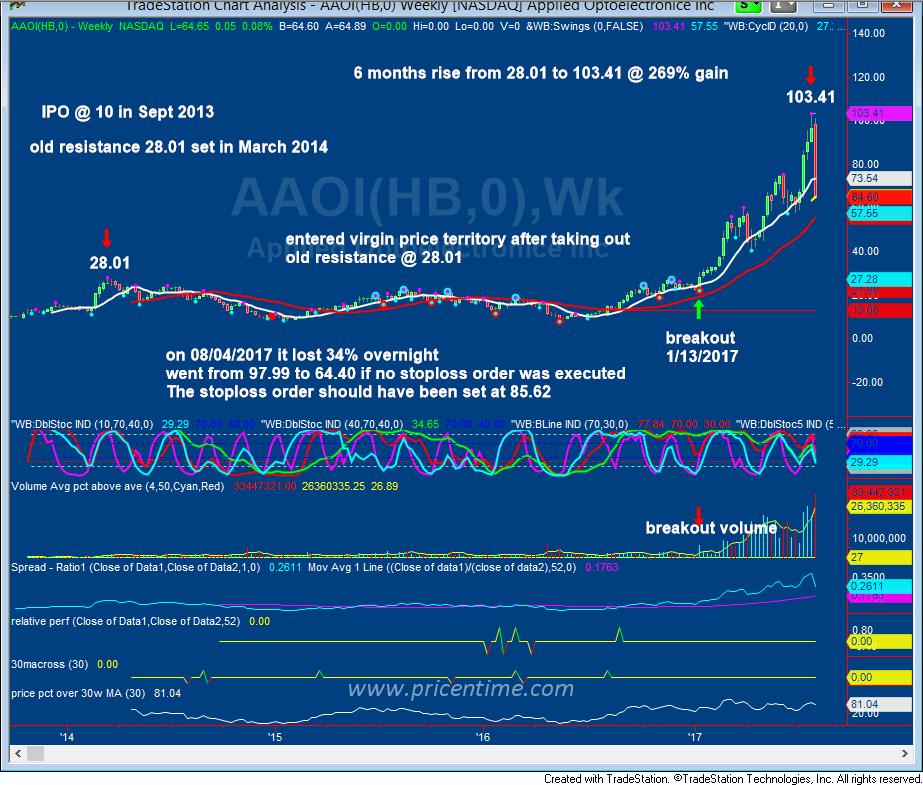 $AAOI
This entry was posted on Sunday, August 6th, 2017 at 9:49 pm and is filed under Hot Stocks. You can follow any responses to this entry through the RSS 2.0 feed. Both comments and pings are currently closed.