The Effects of the Rising Dollar

The correction stopped at 50% retracement of the prior rally from June 2014 to March 2015. When the double top is taken out, it will confirm the continued rally.  But for now, we can expect the Dollar to reach the double top at its first attempt.

The most visible effects of a strong Dollar to the equities market are as follows:

The above effects have been reflected in the recent breakouts in the small caps and  banking sector.  The energy sector just can’t get the bull market started.  It had a negative performance last week.

We suggest our readers to allocated new capital into IWM small cap ETF and XLF banking ETF.  Avoid the energy sector at all cost.

Alternatively, you can open positions in Citi Bank (C) or Bank of America (BAC).  These two banks have a long way to go to catch the pre-crisis level. 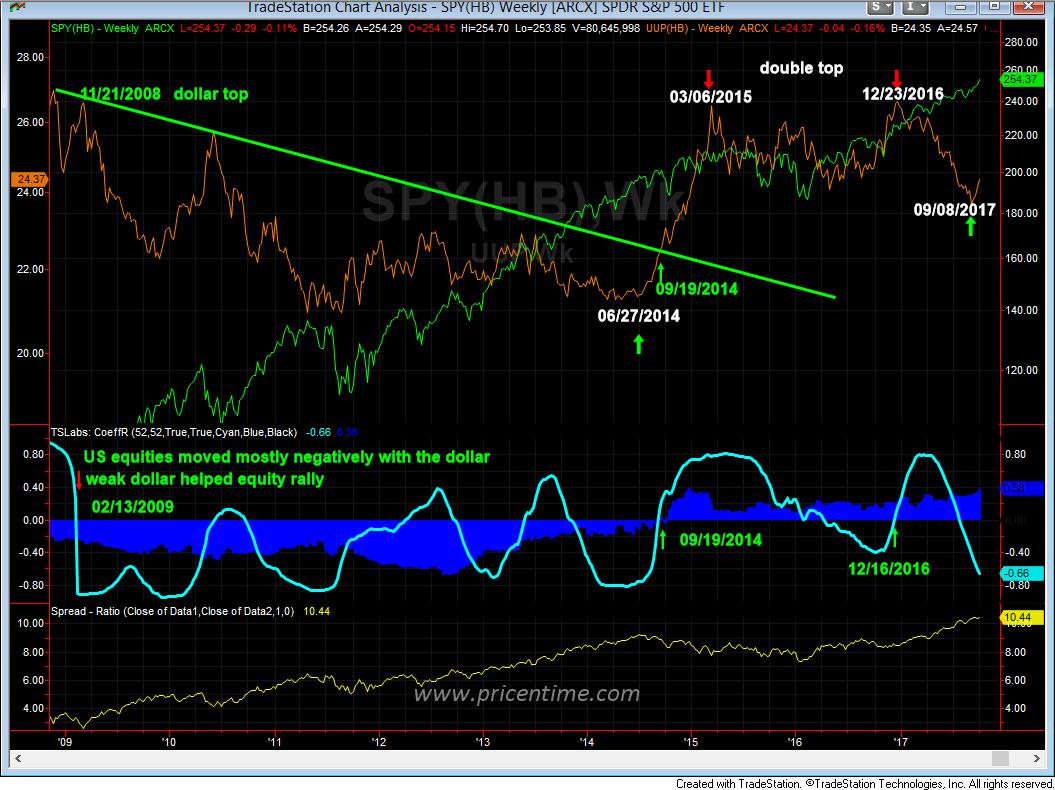 sector rotations
This entry was posted on Sunday, October 8th, 2017 at 10:22 pm and is filed under Dollar, Trade Recommendation. You can follow any responses to this entry through the RSS 2.0 feed. Both comments and pings are currently closed.