As the market finished the 9th bar of the first daily cycle that started on 02/09/2018, the market closed strongly on the 9th bar, which successfully declared the alpha bottom of the daily cycle.  It also closed above the daily, 3-day and weekly pivot range, which indicates the next five trading days will be bullish.

The S&P 500 cash index closed on Friday right inside the resistance zone of 2700-2750 as we previously blogged.  It closed below the daily pivot zone, but above the 3-day pivot zone and weekly pivot zone.  The close on Friday 2/26/2018 indicates it is meeting temporary resistance as we expected. 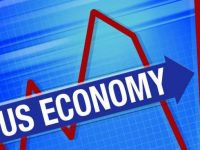 The furious more than 10% correction happened in the last two weeks is not over.  It is not time to get in to buy bargains yet.  This correction is much needed to clear the excess and re-discover the relationship between the equities market and interest rates.

Since the beginning of the four-year cycle low in February 2016, the first four weekly cycles were very visible and tradable.  The fifth cycle finished in one short week to conclude 2017.  The seasonal tendencies have been disappeared completely from the market in 2017.  It was an odd year with historic low volatility.  The year of 2018 started with a furious rally and also encountered an equally furious selloff quickly.  Because of the intensity of the selloff and the pending 2-year cycle low we were anticipating in Q1 2018, we are now treating this selloff as a correction of the entire rally from the February 2016 low to January 2018 high.

The March seasonal low will be a great buying opportunity as we believe we are in a very unique bull market that’s far from over.  On one hand, we are in a very late expansion stage ( the longest bull market in history so far) and a tightening monetary cycle (rising rates & inflation outlook), on the other hand, we have a very stimulative fiscal policy (tax reform & overseas cash coming home).  The conundrum will gripe the market for the time being and produce a correction until the market figures itself out.

Technically, we believe this is about time.  People will assign a variety of fundamentals because they have to try to explain something that was caused by simply running out of time. The trend changes based on time. Fashions change also based on time. We reach a magical point and grow tired of the present situation and just want change for the sake of change. Welcome to humanity. The crack of the market was based on time regardless of the news.