The Low is In with a New Daily Cycle

The fact the daily cycle finished so quickly really shows the strength of the cycles despite all the talks about tariffs/rising interest rates/Russian investigation, etc..  Prior to the market correction in February, the semi-conductor leadership stock Micron peaked on November 20, 2017.  While the blue chip stocks went crazy in December and January, Micron was contained in a downward triangle.  Micron bottomed with the general market on February 9th, now it is breaking out to a new high in the last 17.5 years.  So next time when you want to find a leading indicator for market top, look no further than the semi-conductor index.  Normally semi-conductor is a great leading indicator for market tops and bottoms.  Semi-conductor demand is very sensitive to the economic activities.

Now with the conclusion of the two-year cycle bottom, what can we expect from the 2nd half of the four-year cycle? 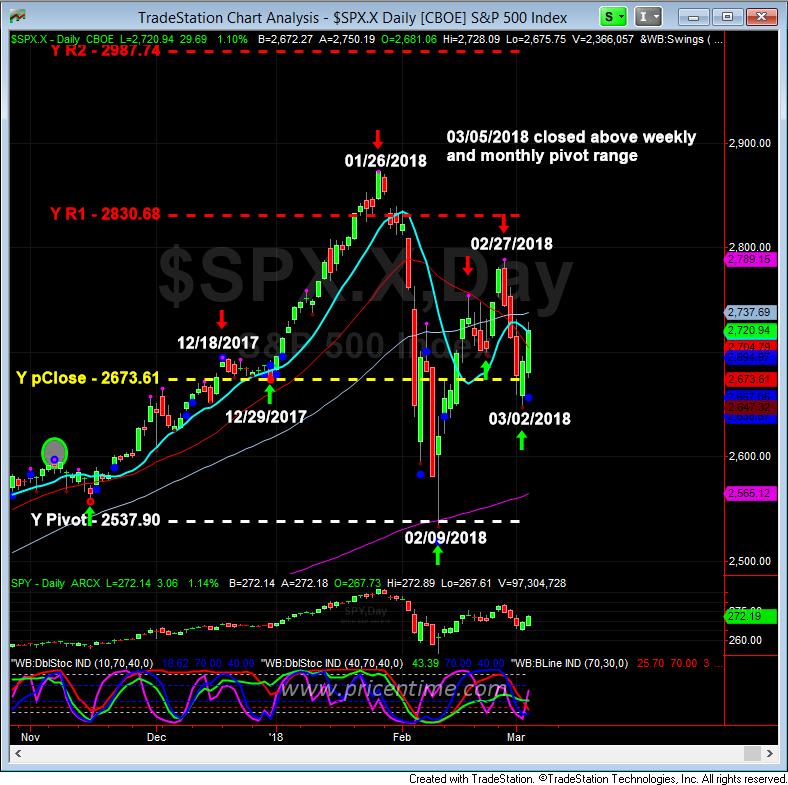 SP 500 weekly cycle
This entry was posted on Monday, March 5th, 2018 at 9:17 pm and is filed under Forecasts, Stock Indices. You can follow any responses to this entry through the RSS 2.0 feed. Both comments and pings are currently closed.