The big picture is still bullish long term.  We are in no way facing a market crash like 2000 or 2007 top.  The December low is a V-shaped bottom that is a 4-year cycle price low.  We will be fully invested when the next weekly cycle low occurs. 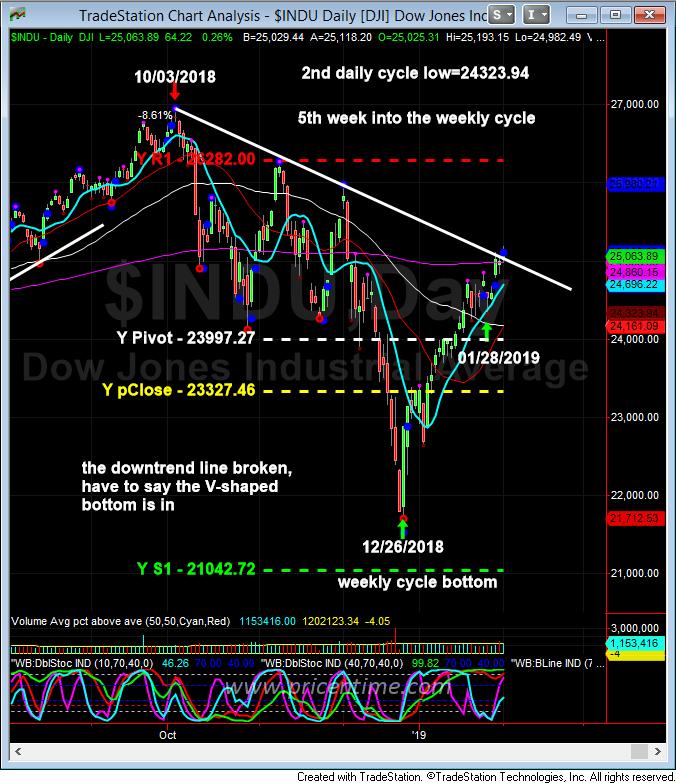 weekly cycle
This entry was posted on Sunday, February 3rd, 2019 at 9:16 pm and is filed under Forecasts, Stock Indices. You can follow any responses to this entry through the RSS 2.0 feed. Both comments and pings are currently closed.