The PHLX semi-conductor sector index has always been the great tech bubble indicator since the advent of the semi-conductor sector.  Every tech bubble was led by the semi-conductor sector.  The present stock market rally has all the hallmarks of a pending tech bubble.  So we went back to look for a time when PHLX semi index made an all time high.From the October 1998 four-year cycle bottom, the PHLX semi index rallied 134.47% in 15 weeks.  It only took 7 weeks from the October 98 bottom to take out the all time high that was previously made in August 1997.  From the weekly cycle top in January 1999, it only corrected 19.22% to make the weekly cycle bottom in March 1999.  From the March 1999 bottom, it traded sideways for 12 weeks, then it blew up 294% to make the dotcom top in March 2000. 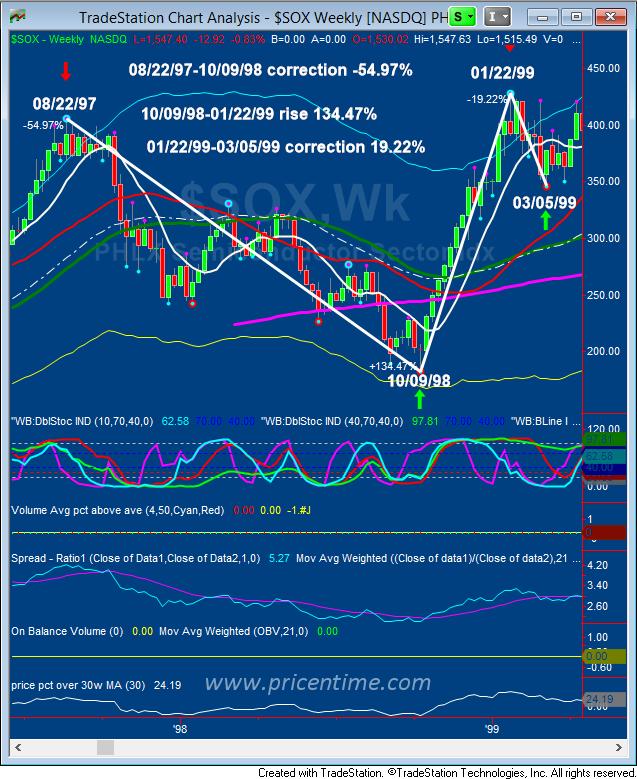 The present rally in PHLX semi index took out the all time high that was made in March 2018 in the week of 04/05/2019.  It only took 14 weeks from the December 2018 bottom to make that high.  So there are plenty of similarities between this rally and the October 1998 rally.  We don’t know with certainty that if we are going to have a dotcom 2.0, but we do know something is up.  Despite the warnings from Texas Instrument and Intel about the weak fundamentals in the semi-conductor sector, the market is fully discounting the warnings. 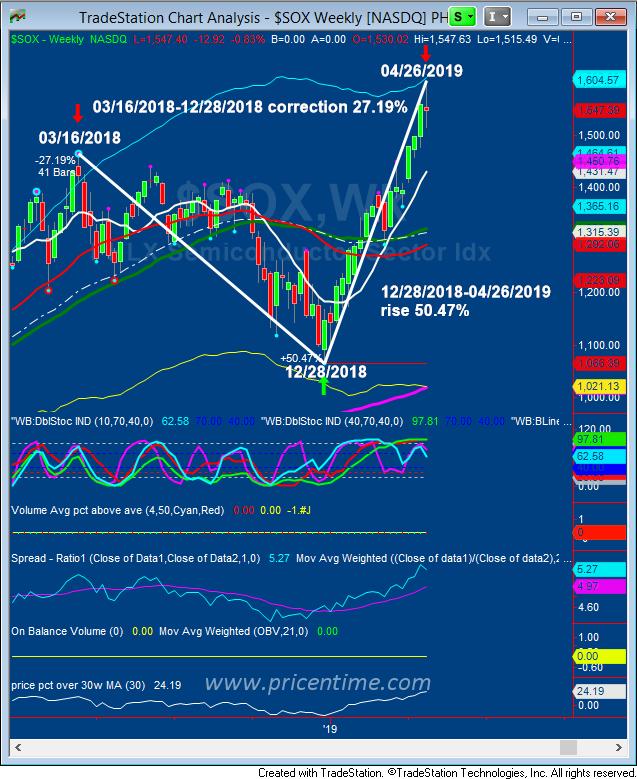 On the political front, we can’t ignore the repeated messages from the White House about the need to lower interest rates.  The administration is working very hard at ramping up the stock market to gain advantages in the coming re-election.  All factors considered, you just have to follow the flow and buy all the dips.

You need to be logged in to view the rest of the content. Please Log In. Not a Member? Join Us
Member Only weekly cycle
This entry was posted on Sunday, April 28th, 2019 at 7:43 pm and is filed under Member Only, Stock Indices. You can follow any responses to this entry through the RSS 2.0 feed. Both comments and pings are currently closed.