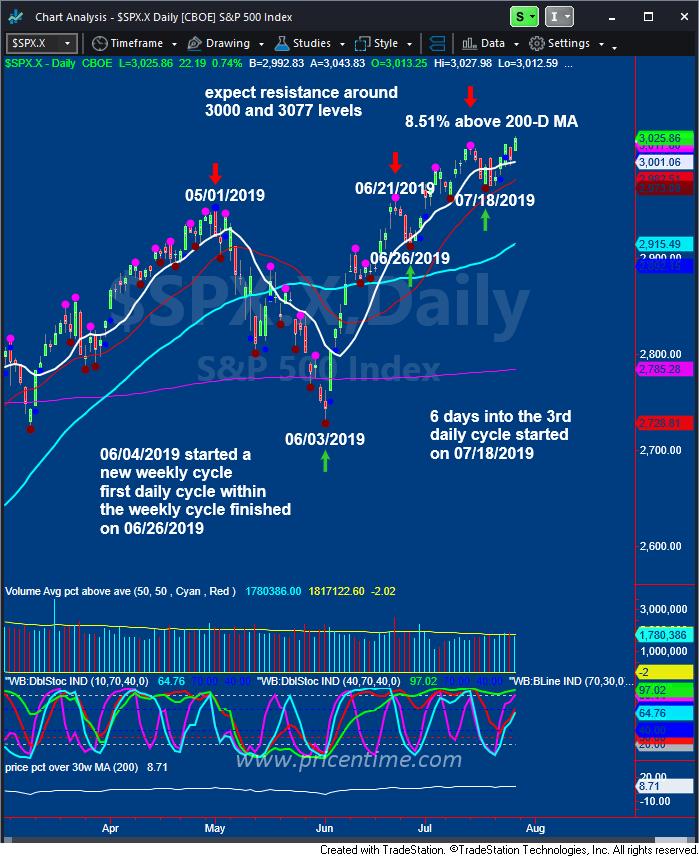 We mentioned individual stock EB in the past.  Eventbrite is in the similar business like LiveNation except it is serving a different market segment.  EB will report earnings on August 7 after the market close.  If without any additional surprises about the previously mentioned difficulties with Ticketfly platform migration,  we believe the post IPO bottom is in at 15.30.  Due to the addressable market size and lack of competitors, we believe EB has a real potential to be a multi-bagger.

So watch for EB’s earnings report on August 7.  It could be the beginning of EB’s turnaround.

Member Only SP 500 weekly cycle
This entry was posted on Sunday, July 28th, 2019 at 10:02 pm and is filed under Member Only, Stock Indices, Trade Recommendation. You can follow any responses to this entry through the RSS 2.0 feed. Both comments and pings are currently closed.