In the last two weeks we have warned that the market has topped in late July.  We didn’t know what would be the exact fundamental reasons to cause the market move lower, but the price actions have shown plenty warnings in advance.  The market has shown amazing cyclical behaviors in the face of uncertainty, which allows us to forecast the market with reasonable confidence. 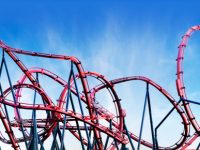