In short term, the weekly cycle that started on 06/07/2019 has finished 9 bars.  On the daily cycle count, clearly it made the 2nd daily cycle low on 08/05/2019.  Right now it has finished 4 daily bars and is on its way to reach resistance levels at 2952, then 2983-2990.  The market is slowly churning upward for resistance levels.  This is only a reactive move to counter the oversold energy.  The second wave of selloff will come in later part of August and September.  So the present relief rally is your opportunity to get out the market before the storm. 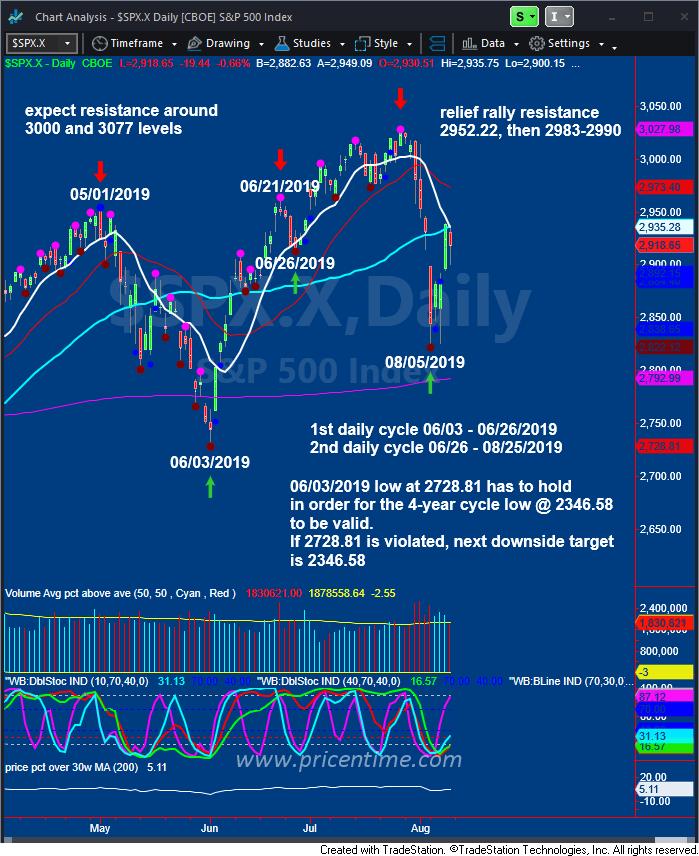 Member Only weekly cycle
This entry was posted on Sunday, August 11th, 2019 at 7:18 pm and is filed under Forecasts, Member Only, Stock Indices. You can follow any responses to this entry through the RSS 2.0 feed. Both comments and pings are currently closed.