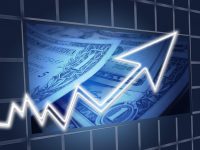 Last Friday there were news about the administration considering delisting the Chinese stocks.  The market  sold off immediately, but it managed to climb back off the lows around 3pm.  The market has been really resilient against the headline risks in September.  Is it the calm before the storm or is it because the funds are being considerate of the quarter end closing?

In the last few weeks, value stocks have out performed the momentum growth stocks.  The rallies in value stocks made an appearance of a healthier looking market.  With a broader participation, is the market ready for a breakout? Or is this a purely technical rotation?

Since August, we have been bearish expecting the market correction to run its course until sometime in October.  But the market had shown abnormal strength in the first nine trading days in September.  Because of the abnormal price action, we sent out private email notes on September 11th, which outlined the possibility that the correction bottom (early August low) might be in already.