The Sell-off Could be Running Out of Steam Soon

Despite the NASDAQ losing 2.45% last Friday, it ended up with an inside monthly bar, meaning the October trading range was inside the September’s trading range.  An inside bar normally means indecision.  The DOW made a new low in October, but the monthly close didn’t produce neither a sell nor a buy signal.  October is a losing month and this could be the seasonal low if the market can rally from here.  We believe there are internal conditions that will allow the market to rally to year end despite all the uncertainties connected with the election/virus outbreak/tension with China, etc..

The market participants have been overwhelmed by all the uncertainties, eventually all of the uncertainties get to be priced in and the money has to go some places, the treasuries are not paying any  interest.

So we are leaning towards the idea that the market low could be in place already, if not it could be very soon.  The market could rally to year end from this low. 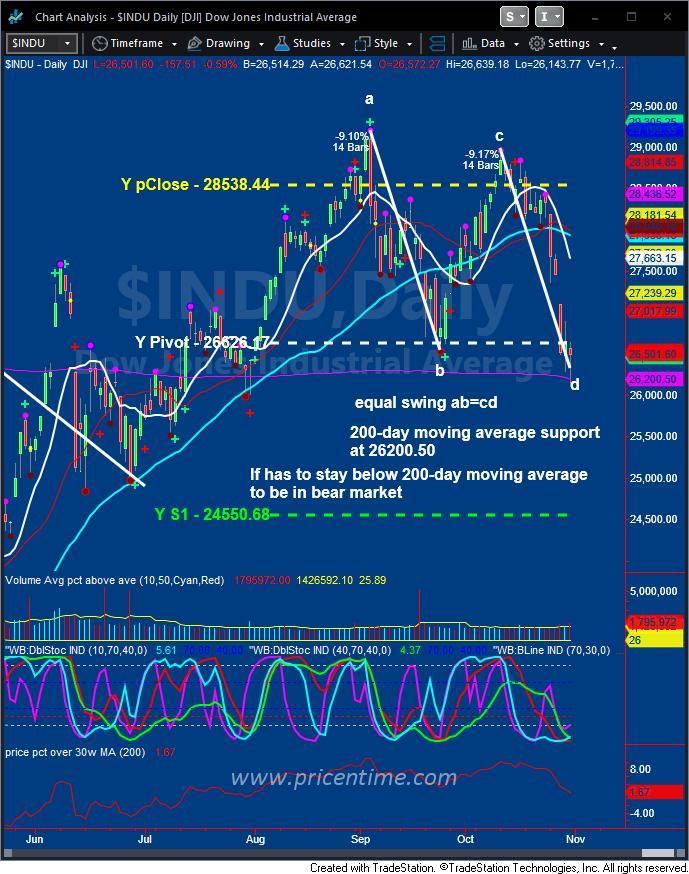 We blogged before about the solar sector ETF TAN.  TAN actually broke out an 8-year range in August 2020.  TAN made a low in November 2012 at 12.60, and a high at 51.07 in March 2014.  Before August 2020, TAN has been trading between 12.60-51.07 in the last eight years.  First Solar FSLR just broke out its last eight years trading range in October by smashing the earnings report.  During last week’s correction, FSLR traded very strong relative to the general market.

Solar stocks were in bubble terriotry in 2008 when U.S. light crude surpassed $100 per barrel.  The solar bubble busted along with oil bubble.  In the past, the cost of Solar was very high, Solar could only compete when the oil price was very high.  As soon as the oil price dropped, solar lost its advantage.  That’s  why it took more than a decade for the solar sector to breakout.  During the stock bottoming process, the solar companies have improved technology and lower the cost.  That’s why today solar can compete when the oil price is so low.

We recommend our subscribers to get long with either TAN or FSLR during the correction.  The solar sector could be forecasting that Biden will win since Biden has proposed a $2 trillion green plan.  Even if Trump wins, Solar sector will continue to perform, it could be at a little slower pace though.

Member Only weekly cycle weekly cycle bottom
This entry was posted on Sunday, November 1st, 2020 at 7:40 pm and is filed under Hot Stocks, Member Only, Stock Indices. You can follow any responses to this entry through the RSS 2.0 feed. Both comments and pings are currently closed.