There are a lot of chatters about the coming inflation and higher interest rates as the reasons for the recent NASDAQ selloff.  Wall Street has been talking about the rotation from high priced growth stocks into value stocks which are cyclical and more closely connected to the state of the economy.

We went back to the recent inflation cycle (2002-2007) to examine how the commodity stocks vs indices and growth tech stocks performed.  Soon after China joined WTO in December 2001, oil bottomed in 2002 as the Chinese oil consumption increased.  2002-2007 was a major inflation cycle which was caused by the global demand of commodities and the US housing bubble.

Here is the table of the performance comparison in that cycle:

That being said, we are not rotating from growth to value.  We will continue to add if growth stocks show further weaknesses.

Now let’s turn our attention to the bubble talk for a moment.  The NASDAQ has been frequently compared to the DOTCOM bubble because it’s so expensive.

Here are the few differences when compared to the DOTCOM era:

For the above reasons, we believe the bubble talk is premature.  The bull market cycle has ways to go.  We view this NASDAQ correction as a very good opportunity, rather than the start of a bear market.

The NASDAQ had an inside week last week, meaning the price traded within the range of the previous week.  An inside bar typically shows indecision, meaning the NASDAQ hasn’t made up its mind on reversing the weekly cycle bottom.  But the 10-year treasury yield made a higher high and the NASDAQ didn’t make a lower low.  The market probably is getting used to the rising rates!

Again, we are bullish and view this correction as opportunity to add more exposure to growth stocks. 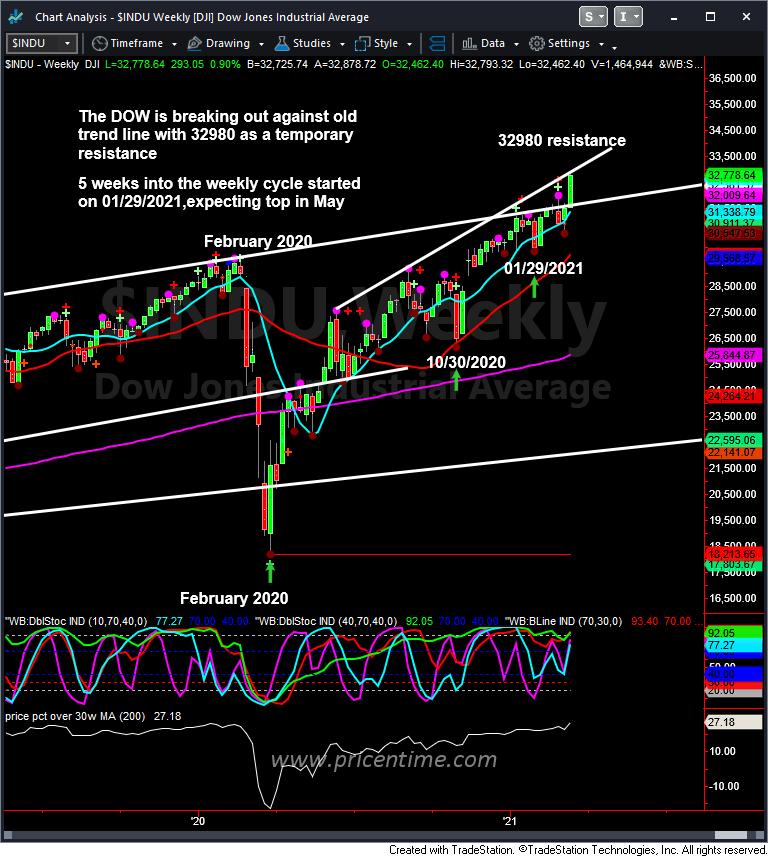 Member Only SP 500 weekly cycle
This entry was posted on Sunday, March 14th, 2021 at 7:43 pm and is filed under Forecasts, Hot Stocks, Member Only. You can follow any responses to this entry through the RSS 2.0 feed. Both comments and pings are currently closed.