It was the first  time that S&P 500 closed below its 200-day moving average since it came out of the deep pandemic correction territory.  Now the momentum on the weekly charts is clearly geared down uniformly on all major indices.  It has only been two weeks correction for the S&P 500 even though the NASDAQ has been in correction since November 2021.

The potential mid cycle low could be around 3815 sometime in Feb-Mar time frame.  We have March 14th as a turning point.  So before now and March, you should sell any rallies.  The dust is not settled until March at least.

We will send out intraday emails when the trades on the short side are available.

Again, this is only a correction, not a start of long bear market.  Stay calm. 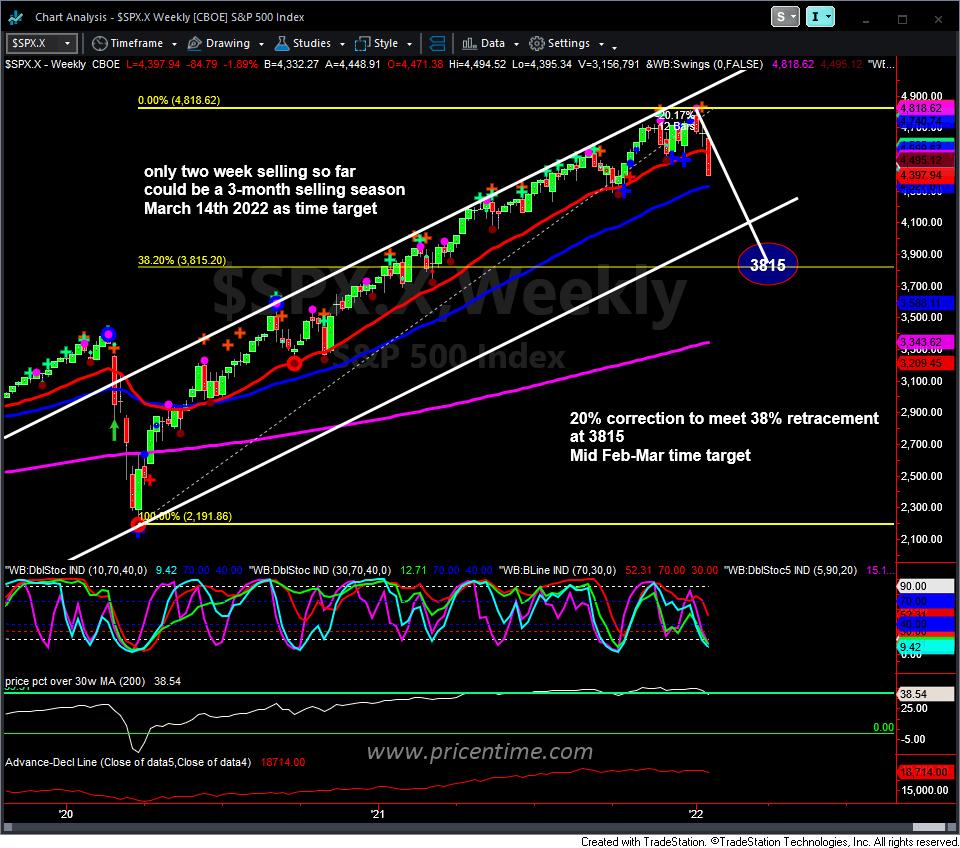 This entry was posted on Sunday, January 23rd, 2022 at 7:21 pm and is filed under Forecasts, Member Only, Stock Indices. You can follow any responses to this entry through the RSS 2.0 feed. Both comments and pings are currently closed.