The Market May Have Capitulated Last Week In Short Term

Last week the market was having spasms and tantrums all over, up and down in big ways after the Fed announced a 50-basis point hike on Wednesday.  The market is under extreme stress, something is going to step in to stop this level of volatility.  It is just not normal for the market to be up or down 3-5% this frequently.

A new CPI will be released next Wednesday.  If inflation is showing signs of peaking and or slow down, then the market could have a relief rally, perhaps it will last a little longer than one day!

Whether we are going to have a relief rally or not, we are dealing with a bear market because the Fed is hell-bent on fighting inflation.

Besides the Cathie Wood led bubble in bitcoin and hyper growth stocks, there isn’t a structural issue similar to the mortgage credit swaps engineered by Wall Street firms during the 2007-2008 financial crises.  Yes, we have some exogenous shocks from the War in Ukraine, but it is mostly in the commodity area that led the Fed to raise rates.

We believe this correction is event driven, driven by Covid and the War in Ukraine.  An event driven correction normally takes about 9 months to reach 29%. 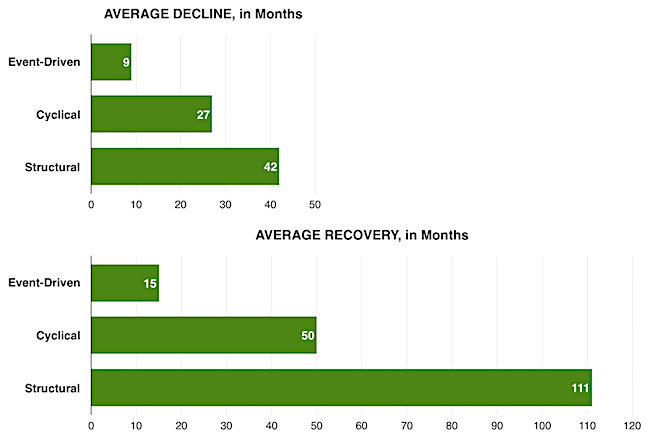 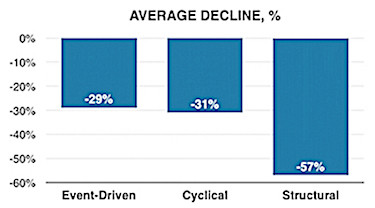 The energy sector XLE ETF is showing no signs of slow down.  If indeed the economy is heading into or already is in a recession, then the 10-year treasury yield should peak now and the XLE will also show signs of topping.  So far the 10-year yield and XLE are acting as if the economy is in full steam and recession is nowhere to be found.  This also gives us a hint that the current correction will not morph into a 50% correction in S&P 500 this year.

We looked at XLE longer term chart and examined the prior oil bull market from 2002 to 2008.  Here is what we found:

In today’s oil bull market, we see some similarities:

In recent XLE history, there were three times that XLE jumped over its 200-week moving average:

If history is any guild, we can reasonably expect the oil bull market to last about 4 year from the time it jumped over its 200-week moving average.

There are many fundamental reasons to support the oil bull market:

The equities bull market started in 1982 ended in 2000 DOTCOM bust.  The 2007 top was a double top against the 2000 top.  The 2007 top was finished by high oil price.  The housing bubble could have been going forever until the big oil to crush it.

Below is a XLE weekly chart.  It is very overbought, but it can still go higher in the next few weeks. It’s only first week in the current weekly cycle and it has already taken out prior cycle high.

The correction in the general market didn’t do any damage to big oil. 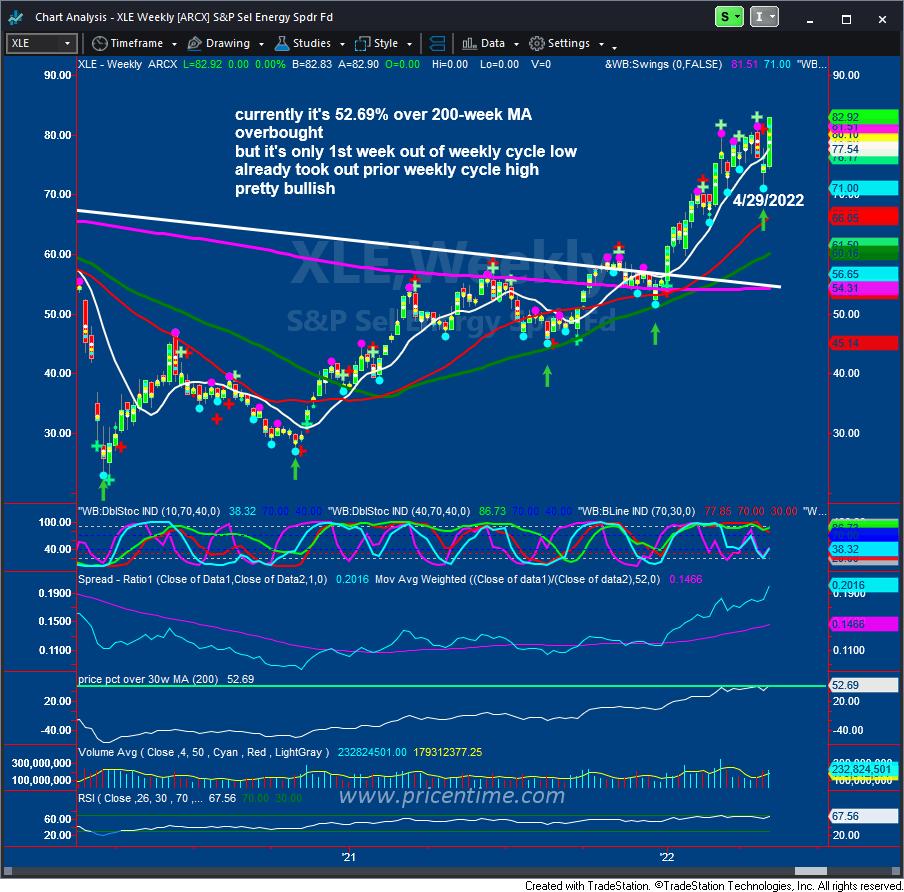 This entry was posted on Sunday, May 8th, 2022 at 8:38 pm and is filed under Forecasts, Hot Stocks, Member Only, Stock Indices. You can follow any responses to this entry through the RSS 2.0 feed. Both comments and pings are currently closed.