Inflation May Have Peaked

The commodity crash since early June perhaps helped setting the June CPI data as the highest high for now.  The raging strength in U.S. dollar is also crushing inflation behind the curtain.  The July CPI data probably will be lower, not sure how much lower, but the market is foreseeing that it will be lower.

The earnings season is underway.  At this point the market is fixated with the macro inflation/monetary conditions.  It would be hard for the earnings to move the needle one way or the other. Overall, the balance sheets are very strong for the corporate and consumers.  This slowdown/recession will be a shallow one because none of those dotcom or 2008 styled punishing debt problems are present in the current environment with the corporate and consumers.  Cryptocurrency is a totally different story though.  The bankruptcies in cryptocurrency will cause permanent damage for the cryptocurrency holders.  We have never touched cryptocurrencies because we view cryptocurrency as the riskiest asset class.  One decree from the government can make all cryptocurrency worthless.  Cryptocurrency has no store of value in every single aspect of a stable financial instrument.

From this chart, you can see that: 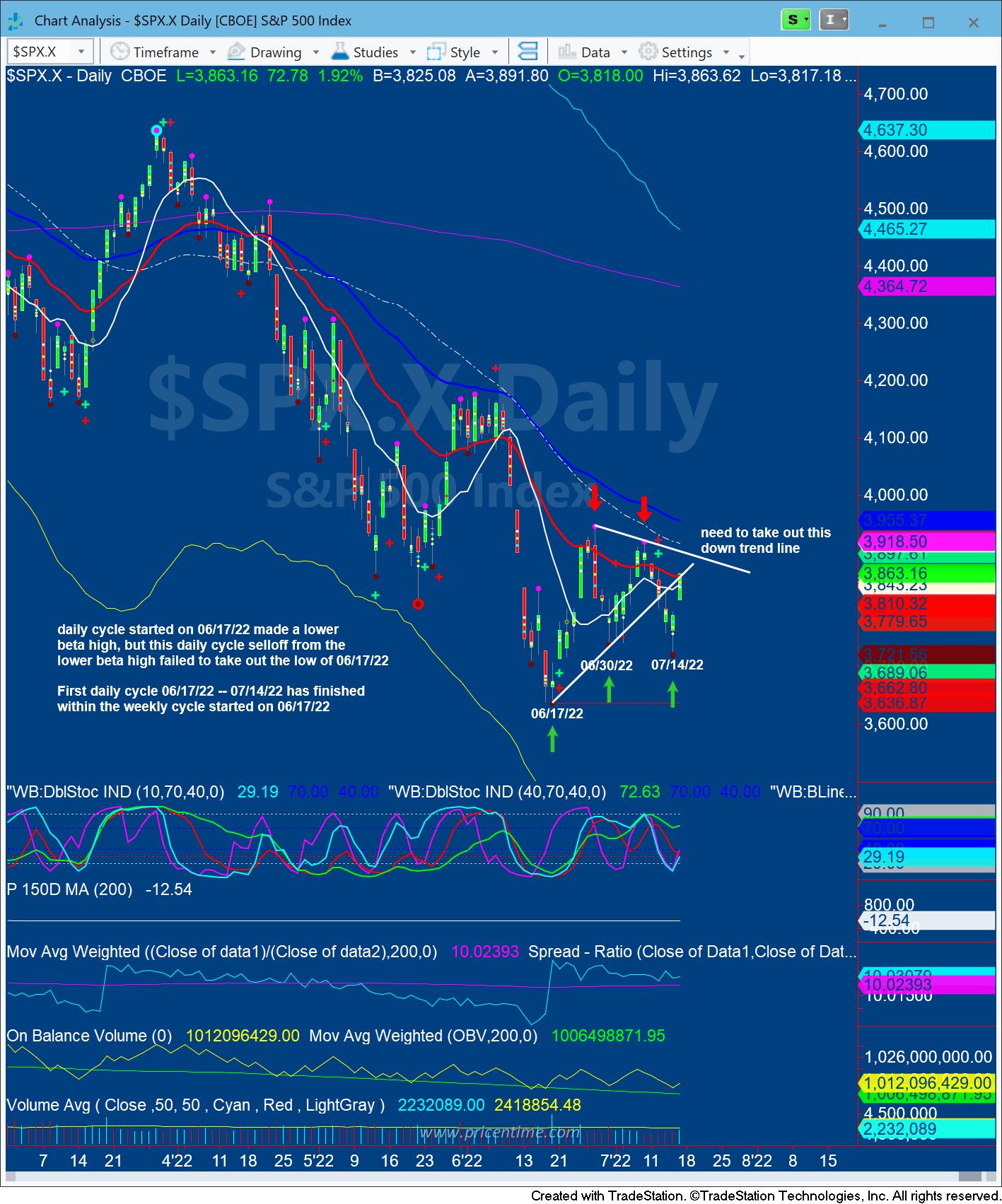 This entry was posted on Sunday, July 17th, 2022 at 7:58 pm and is filed under Forecasts, Member Only, Stock Indices. You can follow any responses to this entry through the RSS 2.0 feed. Both comments and pings are currently closed.