Copper is also called Dr. Copper.  The base metal is reputed to have a Ph.D. in economics because of its ability to predict turning points in the global economy. Because of copper’s widespread applications in most sectors of the economy – from homes and factories, to electronics and power generation and transmission – 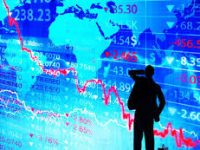 Today the market blew the gasket that had held down the Value Line Geometric Index for 17 years.  The 17-year old triple top is essentially busted today.  What does this mean?  Are we returning to the crazy boom time like the 90’s from here?  Value line Geometric Index is reflective of the US domestic economy […] 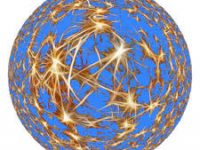 On November 22, 1999 Warren Buffett made an uncanny prediction.  He famously warned investors that for the next 17-year period from late 1999 to late 2016 the realistic annualized return would be so so, around 6%.  Late 1999 was just a short few months before the final dotcom bubble bursting into flames.  In a July […] 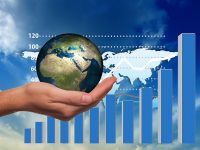 We are currently 13 weeks into the 3rd weekly cycle of the new four-year cycle that started in February 2016.  The current weekly cycle has been unable to produce a sell signal despite that it has been trading sideways in the top timing band.  The market is climbing a wall of worry.  This condition has […] 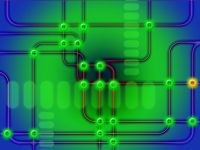 The semiconductor index had a good performance 16% relative to SPY 6% in the last nighty days.  AMD and NVDA are impressive leaders, while AMAT just beat the Semiconductor Index and the old name Intel lost money excluding dividend.  AMD lost close to half billion dollars in 2016, but the market didn’t care.  It only […]